The Cop Cart
Brain
Failure, stop being hostage to situations and believe: everyone can win.

Often the obstacles that prevent us from achieving our goals or getting better are only in our heads. Consciousness determines how we behave in difficult situations, whether we cope with fear, achieve success, or fail. Therefore, it needs to be changed.

How to think positively

Negative thinking prevents us from reaching the goal. Every opportunity is seen as a threat, a harbinger of failure. Past failures haunt you. Focusing on them does not allow you to move forward. Everything was bad and will be bad.

Read also: How to Get Motivated at Work

A simple but illustrative example. A hole in one’s favorite jeans is a reason to throw denim in the trash. For another, it is an opportunity to try yourself as a designer and turn old pants into a fashion model with distressed ones.

So, first of all, you need to think positively.

Learn to have an internal dialogue

Tell yourself, “I can do better,” or “Next time, I’ll do better,” or something similar. According to a recent study brief Online Training Enhances Competitive Performance: Findings of the BBC Lab UK Psychological Skills Intervention Study, it is an effective way to increase productivity and start putting in more effort towards solving a problem.

The main thing is to believe in what you say. After all, this is not magic, but hard work on yourself.

Turn negative thoughts into neutral ones.

Don’t torture yourself trying to make the bad good in a second. Go to this gradually.

Understand that your negative thoughts are just thoughts.

Often our experiences are groundless. Think if yours have a real reason.

How to stop being afraid of failure

How many cool projects have died in the idea stage because of someone’s fear of failure? If every inventor was afraid to make mistakes and gave up a venture, it is unlikely that you would now read this article from the screen of a smartphone or laptop, drive to work in the car and enjoy other benefits of civilization.

The one who does nothing does not make mistakes. If you fail, this is a sure sign of moving towards your goal.

Think of failure as a better experience.

Chances are, you won’t repeat the error. You will find your weak points and will do it differently next time. And if it doesn’t work out again? It means that you will gain experience again. And so on until you reach where you are going.

Every failure is a valuable lesson.

You will see that everything can be useful.

Don’t identify failure with yourself.

Don’t think that you are a failure because you make mistakes or fail. You would be if you didn’t learn a lesson from this and stop for fear that the situation will happen again.

Prepare for difficulties and decide how you will deal with them.

The subjects were asked to imagine the next week. The first group had to think exclusively positively, and the second – as it sees fit. It turned out that people who saw a great future later were less energetic and did less than others.

The balance between positive thoughts and a willingness to deal with difficulties is more effective than an optimistic attitude alone.

Focus not on the problem but the solution

Thinking about a problem takes energy and time, which is better spent on solving it. Don’t think about failure. Try to prevent it. This will not only relieve you of unnecessary stress, but it will also help to identify weaknesses.

How to develop a growth mindset

People with a fixed mindset push themselves into frames. They are sure that it is impossible to change and develop talent in themselves, and when faced with difficulties, they feel a sense of helplessness and hopelessness.

Those with a growth mindset believe that they can become better, strive to develop, and learn new things. And all they have is just the beginning, and they can achieve more. They know how to discern an opportunity in failure and perceive it as an experience that will help achieve the goal.

Change your attitude towards failure.

When you learn to perceive failure as part of your path to success, that very path will become easier, and your chances of reaching the end increase.

If you walked along a straight path along the field earlier, you have to climb to the top of the mountain. This is not easy.

Focus on personal growth and development

Be interested in things you don’t know. Do more than before. Raise the bar, don’t stop there. Stop accepting your knowledge and skills as something permanent that comes with you. Instead, imagine that you are a vessel, only a third full, and there is much more to learn.

Also read: How to Live When You Don’t Want Anything

Be persistent and determined.

If you give up, you will go back to the beginning and again become a hostage of fixed thinking. Think about what work has already been done.

How to tune in to the abundance mindset

People with a deficit mindset think that there are not enough resources for everyone. Stephen Covey makes an interesting analogy in Being, Not Seeming.

People with a deficit mindset are convinced that there is only one pie in the world and that if someone takes a piece, they will get less. This position leads to a win / lose mindset: if you win, I lose, and I can’t let that happen.

People with an abundant mindset believe that there are many pies, and there are no losers: everyone wins and gets his own piece (if not one).

Think about what you have

Concentrate on this. Material or immaterial things – it doesn’t matter. It would help if you learned to think abundantly and be grateful for what you have.

Knowledge, for example. Or take part in a charity event. If you can share something, then you have it in abundance.

How to think proactively

Those who think reactively depend on external factors. They do not play an active role in life but go with the flow.

People with proactive thinking do not blame the situation or others if something went wrong but take responsibility for their lives. They know what they can and cannot change and focus on the former.

Get behind the wheel from the passenger seat and start managing your life. Instead of saying, “The weather is too bad to go jogging,” say, “It’s raining outside, but dry at home. So I can do other exercises.”

The point is to stop being held hostage to situations and act no matter what happens around you.

Get rid of phrases of reactive thinking.

Take charge of your life.

Do not waste your time on trifles, and do not get angry when something does not go according to plan. The bus didn’t arrive on time? Come out early, take a book with you to not waste time, turn in your license, and not become a victim of circumstances. 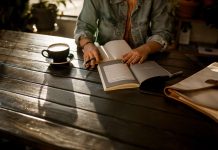 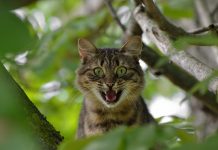 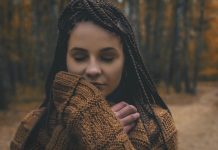