Why did the acne jump up on my face again? Is it worth hoping that they will go away on their own? Here is everything you need to know about acne?

Due to many androgens, the sebaceous glands work too hard, so sebum accumulates in the pores, which do not have time to remove it. The fat remains under the skin, the bacteria Propionibacterium acnes multiply in it (they live on everyone’s skin but usually do not manifest themselves in anything). As a result, inflammation develops, and we see a common pimple.

Read also: 9 Signs The Food You Eat Isn’t Right For You

Who is at risk?

Does acne go away on its own?

Yes, when it comes to youthful acne. Often, when a person grows up, and the hormones calm down, the rash disappears. But there are times when the disease is delayed, even when the first rashes appear after 40 years.

What drugs are used to treat acne?

Several over-the-counter skin medications can be used without a dermatologist’s instructions.

How do you apply them?

Apply the product to a small area of ​​skin on your arm for three days before the first use to check for allergies. These acne remedies dry out the skin a lot, so use moisturizing cosmetics for oily skin (based on water, not oils).

Protect your skin from the sun during treatment, as some medications make it more sensitive to UV light. Use any product for at least 8 weeks, optimally – 3 months. Only after such a time will it become clear whether the drug is helping you or not.

What doesn’t work for acne?

First, extrusion. The elimination of one pimple does not fight the problem – increased glands and clogged pores. If the pimple is removed mechanically, then instead of it, a wound will turn out, and it is already inflamed. This means that it will take a long time to heal, and a high probability of getting a scar at the inflammation site.

Observe at least the following.

Secondly, diet. Proper nutrition affects the skin condition as a whole, but you do not need to give up everything sweet and fat specifically. Third, harsh scrubs. They injure the skin and create conditions for the appearance of new inflammations.

Also read: How These 8 Disease Affect Women and Men Differently

What to do when acne does not go away?

Go to a dermatologist, who will prescribe systemic antibiotics that help specifically in acne, or isotretinoin, a strong retinoid that can fight even serious acne stages. Treatment with certain oral contraceptives helps women.

These drugs have many side effects, so they must be taken under medical supervision. 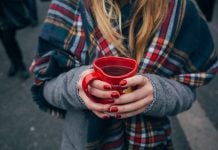 How to Make Nails Grow Faster with Homemade Recipes