Disagreements are an inevitable part of any long-term relationship. But you can live with them and maintain a happy relationship. The main thing is to be able to resolve conflicts correctly.

1. Both partners must take responsibility

If you disclaim responsibility in every quarrel, then you are blaming your partner. You are essentially saying, “The problem is always with you.” This only exacerbates the conflict because communication completely stops.

Take responsibility for your actions. Work together to solve the problem. Accusations are just an excuse that will not help you get out of this situation.

Read also: 5 Situations When It Is Better To Remain Silent

Often we want to avoid confrontation, so we ignore the problem. In such cases, you cannot only think about yourself and about whether you are ready to deal with the situation. It is also important to remember what is necessary for the development of your relationship. Avoiding the problem will only complicate things.

To make it easier to resolve conflicts, try to avoid the word “you” when explaining; say “I” is better. This will make it easier for you to express your feelings, and it will be harder to hurt your partner inadvertently. Say: “I don’t understand,” not “You are wrong”; “I often feel …” and not “You always …”.

3. Don’t criticize each other

Disagreements and quarrels happen to everyone. This is a natural reaction to a partner’s actions and decisions. But when arguments and disagreements turn into attacks on the partner himself, and not just criticism of his behavior, this portends trouble. It is worth considering if you say; “He did not call me, although he promised, not because he forgot, but because he is a terrible person.”

Even in the midst of an argument, when it is difficult to think clearly, try to take a deep breath and remember that your significant other is on your side. Always support each other, even if you do not agree on something.

Don’t get angry and stressed out with each other. Focus on the subject of the argument and try to come to a compromise.

4. Communicate with each other

Don’t expect your partner to read your thoughts; share them. The more often you remain silent, the higher the risk of misunderstandings and quarrels. Most relationship problems begin precisely from lack of communication.

Listen to your partner not only to say something in return but to understand. Do not judge; try to look at the situation through the eyes of your significant other. The main thing is to maintain respect for each other.

During a conversation, turn to your partner, look in the eyes, put your phone aside, and not be distracted by other things. This will demonstrate that you really want to hear his point of view and solve the problem together.

5. Let each other maintain dignity

Don’t take it personally; we all get upset or angry sometimes after a hard day. Try to understand that your significant other is acting this way because they are in pain at the moment. He reacts to his own thoughts and feelings; most likely, his behavior has nothing to do with your actions.

Even when the truth is on your side, do not try to insist on your own in the midst of an argument. This will only make your partner lose self-respect. Let each other maintain dignity. Calm down and only then return to the conversation.

Also read: 5 Ways To Keep The Spark In Your Relationship

6. Be prepared to make sacrifices

True love is about focus, discipline, constant effort, and the ability to make sacrifices even when you disagree with each other. A healthy, happy relationship involves sometimes having to do something you don’t like to please your partner and making such sacrifices.

7. Accept that there will always be disagreements

Some couples spend years trying to convince each other, but sometimes it just isn’t possible. Some disagreements stem from fundamental differences in character, attitudes, and values. You will only waste time trying to remake each other and ruin the relationship.

Accept each other for who you are. Disagreement is an inevitable part of any long-term relationship. We can live with these problems. The main thing is to know how to behave, not aggravate them, and feel as comfortable as possible. 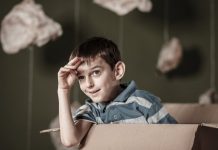 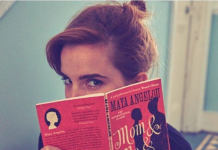 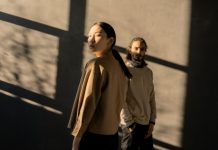