Much progress has been made to create more tolerant and critical societies with those who seek to establish themselves as an authority figure. However, despite this, problems of jealousy are still a reality in many relationships.

Fortunately, no one is an innately or hopelessly jealous person; Jealousy arises as a learned habit, and although it is a bit complicated, it can be unlearned. In this article, we will see several common causes of jealousy in the couple’s field and possible solutions to stop them.

What Makes us Jealous? Possible Causes

Jealousy is part of that conception of love relationships that have been handed down to us for decades as a model of “the ideal couple.”

For a long time, we have been constantly encouraged to live-in relationships in which love is demonstrated by maintaining a controlling attitude (or, in some cases, even almost paranoid). In both men and women, the idea has been circulating that loving is watching over and worrying about what the other may be doing when they are not in sight.

Read also: 8 Tips to Help You Improve Communication With Your Partner

This could not be culturally free for us. Today, even in those couples in which no one forces the other person not to stray too far from their side, many people suffer from jealousy. These are people who know that the other person is not to blame for wanting to do other things that are not directly linked to that dating or marriage relationship. They still feel bad about the fear of eventual infidelity or breakup.

Furthermore, some have individual predispositions to develop jealousy; for example, it is what happens with individuals who present certain personality traits. However, these traits do not in themselves predispose us to be jealous. They only make us more susceptible to “learning” to be jealous.

With that said, let’s look at some of the common causes that jealousy can arise.

As we have seen, there are general behavior patterns that predispose us to adopt an attitude of control of the couple. This control does not always have to be a form of direct imposition on what the other can or cannot do; for example, sometimes it is reflected in frequent gifts, attempts to constantly like to prevent the couple from breaking up, etc.

The personality traits most associated with this class of behaviors are neuroticism and subclinical psychopathy. The first consists of a predisposition to negative affectivity, that is, to experience anxiety or depressive thoughts, which indicates that people with marked neuroticism are more sensitive to the pessimistic interpretation of what happens to them.

The second, psychopathy, has to do with the difficulties of empathizing with others spontaneously.

Those who feel less than others will be more concerned about the possibility of not measuring up as a boyfriend, girlfriend, husband, or wife.

To compensate for this supposed disadvantage compared to the rest of the suitors, an attempt is made to unilaterally carry out all kinds of strategies that go hand in hand with jealousy and aim to keep the other person away from those who may be a threat to the relationship.

In most current societies, marriage and courtship seen through conservative values are parts of life in which there is always an authority figure that watches over the union: within the couple, it is usually the husband, and outside of the couple are usually the p, arents of those who have married or are going to marry.

That is why there are a vertical structure and a collective involvement in what we call love. This causes each member of the couple to be seen as an “investment,” so jealousy is hypothetically justified.

How to Overcome Jealousy

Let’s now look at several possible solutions to combat jealousy in the field of love relationships.

If you are a jealous person …

If you feel discomfort due to jealousy directed towards your partner and what he does outside of you, follow these guidelines.

Communication is essential. You need to help yourself from your partner’s perspective to understand your problem globally, capturing different nuances in your way of experiencing jealousy.

Tell her that you know it’s a problem, that you want to change it, and ask her how she feels about your behavior, giving you examples of times when she felt controlled or watched.

Day by day, pay attention to your way of thinking for moments in which you take it for granted that your partner belongs to you. This is a way of questioning beliefs rooted in your “interpreting life glasses” and that, by accepting them beforehand, you have not realized that they conflict with the treatment that your partner deserves.

Don’t try to Suppress your Fears.

Making it appear that your fears and worries about losing your partner will be counterproductive, because not by wanting it will you stop feeling jealousy. Instead, examine the beliefs from which your discomfort arises and question them, seeing if they resist the filter of rationality.

To do this, it is good that you write down and memorize a series of basic ideas about how your love relationships should be, and that allows you to refute these negative thoughts when they manifest. Little by little, you will lose respect for them.

Report your Progress, but Don’t Expect Anything in Return

If you notice that you are progressing, it is a good idea to tell your partner since it is something important to you, and it affects both of you.

Of course, do not do it with the attitude of someone who expects admiration or a reward, because otherwise, you will create a situation in which it will seem that you are blackmailing your partner because you are supposedly sacrificing yourself for her (although it really is not like that, because jealousy is mainly your problem).

If you notice that you are not making enough progress, do not despair; professional help is often needed to modify deeply internalized thought patterns. Choose a psychologist, discuss your case with him, and after an initial look at your case, he will recommend individual or couples therapy, depending on the nature of the problem.

If your partner is a jealous person …

If your partner is the one who shows behaviors typical of a jealous person, follow these steps.

Decide if the Situation is Tolerable

First, analyze the situation to see if it becomes abuse if your dignity or physical integrity is compromised due to physical or verbal attacks.

Also read: How to Overcome Infidelity in Marriage

If so, it is important to end the relationship and not get involved in improving and reeducation of the other person, since that could be risky for you. The priority is to stay safe and stay out of her controlling attitude for good.

If the other person’s jealousy does not go so far as to constitute abuse, tell him how you feel without leaving anything in the pipeline and without fear of creating an argument: that is preferable to keeping it quiet and keeping the problem alive. Talk about it descriptively and respectfully, without assuming that it will trigger a fight.

Encourage him to go to Therapy.

Finally, if you see it necessary, propose going to therapy to receive professional support. 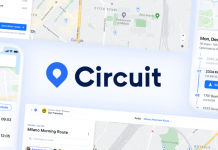 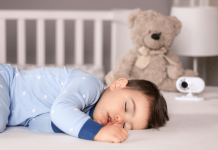 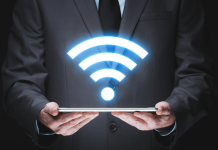