Feijoa is a delicious tropical fruit with a funny name and extraordinary taste. Feijoa fruits, although they appear on the shelves every autumn, have not yet become popular with us to the extent they deserve. A healthy berry, similar to kiwi and with a sweet strawberry aroma, grows in countries with warm climates – Italy, Spain, Turkey, Azerbaijan, and Crimea. Nutritionist Yana Legeza tells you why you should definitely include this exotic fruit in your autumn menu.

Feijoa is an evergreen shrub of the myrtle family, with beautiful leaves that are dark on top and silvery underneath. It has inconspicuous fruits, dark green with a waxy bloom. Feijoa grows in the subtropics.

Its berries are oblong in shape, with dense, juicy pulp, sweet and sour taste, with a special aroma that resembles either strawberries or pineapple. The fruits ripen at the end of October, but they remain completely green, even after reaching full maturity. Feijoa appeared in Europe at the end of the 19th century.

In terms of iodine content, this berry may well compete with seafood, which is why it is so valuable for preventing thyroid diseases and iodine deficiency. And especially in countries where fresh seafood is not available, and the benefits of frozen seafood are controversial, harvesting feijoa will be very useful!

It goes without saying how important it is to use feijoa in the autumn-winter period when strengthening the immune system is one of the main tasks for maintaining a healthy body.

A dietitian often recommends that mothers prefer feijoa for babies, which can help avoid taking pharmacy synthesized vitamins for at least a couple of months.

Feijoa is also rich in folate, which is very important for blood formation and the prevention of anemia.

How to choose the right feijoa

As a rule, the fruits are delivered to Ukraine still green, and they gradually ripen since the ripe berry quickly deteriorates. When buying, you can ask the seller to cut the fruit. The pulp should be clear and aromatic. There should be no brown spots on the surface or inside the berry.

The nutritionist recommends choosing large fruits, close to a chicken’s egg if you like to eat it raw, but small berries will also be tasty.

How feijoa is eaten

In Ukraine, feijoa has gained popularity relatively recently, and experienced homemakers have taken note of preparing feijoa by mixing it with sugar. But a nutritionist recommends doing this with honey, as it contains less fructose and glucose, but at the same time is rich in minerals and pollen. So, if you are not allergic to honey, then it is definitely healthier for you.

It can be stored in the refrigerator for about two months.

Also read: How To Pick The Perfect Avocado

“Even children will fall in love with feijoa in this form because it is not tasty at all in its raw form, well, at least not as tasty as an orange or a pear, for example. But jam will be an excellent aromatic addition to pancakes, cheesecakes, or just a bite to tea, “- says the expert.

How to make feijoa jam

Feijoa fruits can be safely used not peeled, as it contains phenolic compounds. These substances are powerful antioxidants that fight premature aging and prevent cancer. Also, the peel contains much fiber, which is useful for the digestive tract. Therefore it is worth twisting with the peel.

“For example, I  make a 50/50. That is, I peel 500 grams of a kilogram of berries and twist 500 grams whole. So the jam turns out to be tender and contains everything you need,” Yana shared her personal experience.

The nutritionist also shared her life hack for adding a special taste and aroma to feijoa jam; add chopped almonds in addition to honey so that the pieces are felt when chewed. They have a characteristic aroma, and it is simply impossible to break away from such a jam! 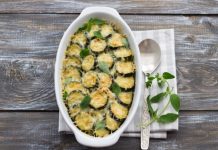 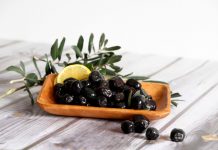