After a hard workout, you are exhausted, but sleep does not come. You suffer for several hours in a row, but a strange excitement in your head prevents you from falling asleep. Learn why this happens and how to deal with insomnia after exercise.

Hard training or competition is stressful for the body. Exercise raises heart rate and body temperature, increases sweating, stimulates the nervous and endocrine systems, and increases the secretion of cortisol, adrenaline, and norepinephrine. The heavier the load, the longer the stimulating effect will last.

Read also: How To Understand When It Is Time To See a Psychotherapist

Any workout raises the cortisol level, which is called the stress hormone, and there is nothing wrong with that; it increases the body’s positive adaptation to stress. If the load is too heavy, and the cortisol level does not have time to fall, this can cause insomnia.

In a normal state, cortisol levels depend on the time of day. It rises in the morning to make you wake up and peaks about 30 minutes after waking up. Then cortisol levels gradually decrease during the day. In the evening, before bed, it is shallow, But if you go to work out in the evening and face an unusual load, your cortisol level rises sharply and does not have time to fall until the moment you go to bed.

Intense muscle work during training increases the secretion of adrenaline and norepinephrine. These hormones affect the central nervous system, are responsible for vigor and activity.

Body temperature obeys circadian rhythms and changes during the day. It falls a little during sleep, and by the time of waking, it begins to rise. A study confirms that some types of insomnia, such as waking up in the middle of the night and cannot fall asleep, are associated with dysregulated body temperature. If you have had a long endurance workout or competition that lasted 4-5 hours, it may take a while for your body temperature to drop again.

If you don’t drink enough water during training or competition, you may become dehydrated. Among other negative effects, dehydration lowers melatonin levels, a hormone that regulates circadian rhythms and is responsible for sleep.

When there is a lack of water, tryptophan, the amino acid from which melatonin is formed, hardly reaches the brain and is also used by the liver as an antioxidant. This decreases the production of melatonin, which can lead to insomnia.

How to avoid insomnia

Do breathing exercises after exercise

Breathing techniques have been proven to be effective in combating stress. To reduce cortisol, adrenaline, and norepinephrine levels, do the following breathing exercise immediately after exercise.

If you are uncomfortable breathing in four and six counts, find a comfortable rhythm for you, such as three and five or six and eight counts. The main thing is that the exhalation is longer than the inhalation. Watch your breath, and try not to get lost in your thoughts. This is a kind of meditation that will help you relieve anxiety faster after training.

After exercising, take a cool shower or dry yourself off with a towel dipped in cold water to lower your body temperature. Also, remember to drink during and after exercise to keep yourself hydrated.

The study showed that exposure to heat from the environment negatively affects the slow phase of sleep. So be sure to turn on the air conditioner in your bedroom to fall asleep in a cool room. The temperature in the room should be around 20 degrees.

Get rid of stress

If you come to a hard workout after a busy day, your body gets a double blow, and if the tension does not subside the next day, stress becomes chronic, which has a bad effect on the body. Therefore, try to eliminate stress in everyday life, learn to relax, and apply breathing practices, meditation, positive thinking.

Also read: 10 Facts Everyone Should Know About Depression

Just wait for the body to adapt

Despite the rise in cortisol and adrenaline levels during exercise, many people exercise in the evenings after work and fall asleep without problems.

Insomnia comes only after unusually heavy loads; competition, the transition to a new level of training, the first training session after a long absence. After just one or two sessions, your body will adapt to new loads, and sleep problems will disappear. 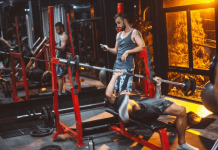 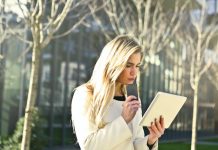 Scholly App – The App that Simplifies the Search for Scholarships 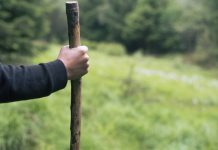 How To Make A Hiking Stick In The Mountains