The Cop Cart
Entertainment
Many families decide to spend special holidays like Christmas in other countries. However, each place has its own traditions and if you are going to another country, France in this case, it’s essential to know how Christmas is celebrated there. However, we anticipate that in every corner of the French-speaking country they have small variations in terms of Christmas traditions.

That is why in this article we are going to tell you what the tradition is of each part of this beautiful country so that you can enjoy these holidays with your loved ones as you deserve.

One of the traditions of France during Christmas is to create beautiful markets in the streets, full of lights, sweets, and other Christmas gifts. One of the oldest Christmas markets in France is those in the Alsace region, which are both the most beautiful and authentic due to their historical ties to Germany. Among the most popular markets are:

Christmas Trees in France and other Decorations

The Christmas tree or sapin de Noël is the main Christmas decoration in France, which is placed both inside houses, in the streets, shops, and offices. This peculiar tree was created in the 14th century and is usually decorated with apples, ribbons, and paper flowers.

Read also: How to Organize a Bridal Shower

In addition, many churches and other places carry out living mangers and wherever you go, you can see bouquets of mistletoes, especially on the door frames of homes, to attract good luck.

A beautiful peculiarity of France with respect to Santa Claus is that there is a law decreed in 1962, which says that all letters written by children to Santa Claus or Père Noël, must be answered with an individualized postcard. Precious, right?

In addition, children have to leave their shoes in front of the fireplace so that Santa Claus or Père Noël can fill them with little gifts. Also, as a family, during the night sweets are hung on the Christmas tree, such as candies, fruits, and nuts.

On December 24 it is very common for the most religious families to celebrate the so-called Messe de Minuit, “Christmas Eve Mass”, just after Le Réveillon, a great feast where seafood, chicken, or turkey stuffed with nuts and that symbolizes the celebration for the birth of Jesus.

La bûche de Noël, what is it?

During the Christmas holidays, France has some traditional desserts. The best known of all is the bûche de Noël (also known as “the Yule trunk”). It consists of a cake in the shape of a trunk made of chocolate and nuts. This dessert represents the log burned in the chimneys of homes from the beginning of Christmas until the beginning of the new year, symbolizing the passage from one year to another.

Other Traditional Desserts from France

How is New Year’s Eve celebrated in France?

Unlike other countries like Spain, at the end of the year, France does not have chimes. Neither do special television programs that mark the countdown or drink the grapes. There they simply look at the clock at 00:00 and toast with champagne.

Also read: How to Organize a Company Party

Before the appointed time, they enjoy a copious dinner known as the “Réveillon de la Saint-Sylvestre”. When they enter the new year, in addition to toasting with champagne, they sing, hug and kiss under a mistletoe.

Another peculiarity is that this holiday is not celebrated with the family, but rather they meet with friends at home because the vast majority of bars and clubs close on that day. However, many choose to travel to the Eiffel Tower or the Champs Elysees, where they light fireworks and make a lot of noise with trumpets and whistles. 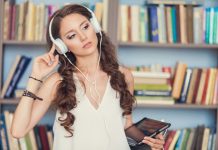 Audiobooks. 7 Good Reasons Why You Need Them 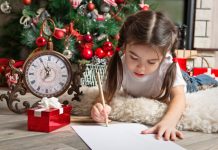 How To Write A Letter To Santa Claus: Useful Tips 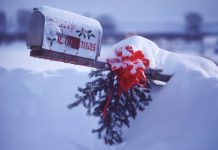