Our adventure takes us straight to Nairobi, the capital of Kenya, or as it is popularly known “the green city in the sun”. The Rift Valley, a geological accident that runs through Africa for more than 5000 kilometers, will accompany us during the tour. For many, this region is considered the cradle of humanity, since here the paleontological sites of the oldest human remain in the world were found. An already fascinating fact in itself.

After a journey of about 3 and a half hours in which we crossed the cities of Naivasha and Gilgil, we finally reached the city of Nakuru, where we can access this wonderful protected area since 1960.

The popularity of Lake Nakuru National Park grew mainly due to the sheer numbers of pinkish flamingos displaced here each year. In certain seasons there were even a million of these birds. The spectacle is impressive, a pink tide occupies the entire shore staining the water with its feathers. They are really beautiful animals; it is truly a treat for the senses.

However, the sad climate change that many leaders still deny, trying to reduce its importance or minimize its effects, or to which they simply do not give priority for purely economic issues, affects this territory. The decrease in the water level forces the birds to have to move to other swamps, so depending on the circumstances at the time of your visit, the number of flamingos will be higher or lower.

The alkaline condition of its waters allows the formation of zooplankton and algae that are very nutritious and beneficial both for the birds that inhabit the place and for others that stop to refresh and feed on their migration to their final destination.

Among the fauna directly associated with the lake, more than 450 species of birds stand out, highlighting the howling eagles, white pelicans, marabou, stilts, African cormorants, and sandpipers.

However, the greatness of the fauna of this natural oasis does not end here. Its surroundings are home to the so-called “big five” of the animal world, which are lions, leopards, rhinos, elephants, and buffalo. This region of great ecological value has very varied biodiversity, being able to observe the rare Rothschild’s giraffes, zebras, warthogs, aquatic antelopes, the Kirk dicdic, African civets, rock dams, and primates such as the dog baboon, among a universe of species.

If you want to enjoy privileged panoramic views of Lake Nakuru, we recommend two nearby places: on the west bank “Baboon Cliff” or the cliff of the baboons; on the east bank “Lion Hill” or the lion’s hill, both with breathtaking views that seem taken from times of yore. It is a treasure of nature that sharpens our five senses.

From here, in the distance, you can see plumes of smoke from the dormant Menengai volcano. According to Maasai legend, they are the souls of warriors of their people defeated when they tried to reach the sky, and later thrown into the volcano.

Lake Nakuru is one spectacular place that will leave in awe with its surrounding escarpment and picturesque ridges.

Winter Free Time: 5 Things To Do With Best Friends 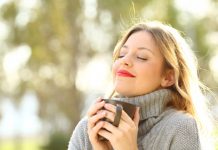 What To Do On Sunday Afternoon In Winter: 7 Relaxing Ideas

Free Time: How To Choose The Activities To Do Alone Or When You Have Company