Leaving the house to look for the car and finding the windshield covered in ice is typical of winter in cold areas. Before starting the trip, be it a short or longer journey, it will be necessary to remove this icy layer that covers our glass and makes it impossible to see through it.

There are several actions that you can carry out, as well as there are some frequent mistakes that are usually made when performing this task. In this article, we explain how to remove ice from your windshield.

The saying goes that “prevention is better than cure,” so the first thing you should do is prevent low temperatures, especially at night, from freezing the windshield of your car. For this, it is recommended to store the vehicle in a garage or undercover. Still, we know that this is not always possible, so you can also place a plastic, canvas, cardboard, etc. between the windshield and the windshield wipers to reduce freezing.

Read also: How to Remove Tar Stains from Your Car

But when it has not been avoided or has not worked, and the car’s glass has turned into an ice rink, there is no other option but to remove the frost from the windshield before starting the car trip.

One of the most practical methods of removing ice from the windshield is to use an ice scraper, already manufactured for this purpose. Its main advantage is that it offers a large enough scraping surface to remove ice quickly.

If the ice catches us before making us with a scraper, other elements can also be improvised to carry out this task, such as a plastic card (ID, driver’s license, supermarket), but we run the risk of it being a break. Also, it will take forever to remove all the ice from the windshield.

Another good option to remove the ice that covers our car’s windows is to use alcohol since it freezes at temperatures lower than those of water (which at 0ºC already solidifies). We do not recommend pouring it directly into the windshield washer reservoir, as it could damage the pipes, but to use it directly on the glass once frozen.

What we must also take into account is not to use hot water to remove the ice from the car’s windshield. Although many people believe that it is the most effective method, it is not, since due to the contrast of temperatures, the glass can crack or even break.

Also read: Tips on How to do a Basic Car Overhaul

When temperatures are shallow, it is also important to know how to start the car correctly. 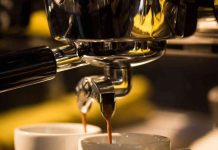 How To Clean An Espresso Machine 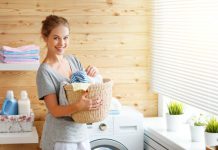 How To Remove Soot Stains From Clothes: Home Remedies 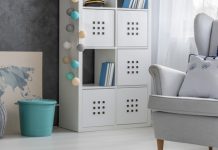 How To Have A Tidy And Clean House: 4 Simple Tricks